Are Dental X-Rays Safe During Pregnancy? 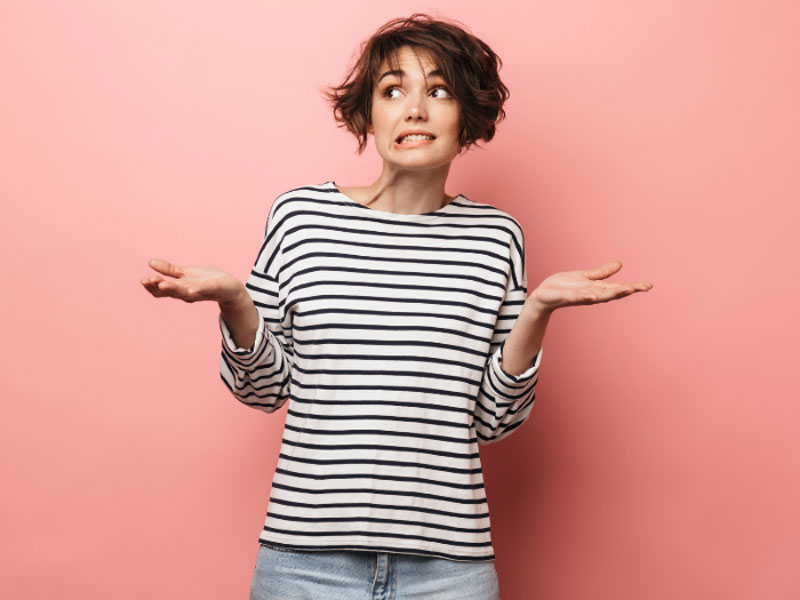 Pregnancy affects almost all facets of a woman’s life, and oral health is no exception, so looking after your teeth and gums is important when you’re expecting. Moms-to-be are often advised to avoid certain foods, drinks and activities, but what about dental X-rays? Are they safe for you and your baby?

According to the experts, dental X-rays are both safe and necessary during pregnancy, and they produce very low levels of radiation. If a problem with your teeth or gums is suspected, an X-ray – invisible electromagnetic radiation that penetrates human tissue – can be your dentist’s best tool.

Some X-rays when used to treat disease can expose an unborn baby to high doses of radiation but diagnostic radiography, including dental X-rays, is now regarded as safe during pregnancy. So much so that the American Congress of Obstetricians and Gynecologists (ACOG) advocates that women maintain good oral health when pregnant by keeping up with routine dental procedures, including X-rays and local anesthesia.

Pregnancy itself can cause oral health issues. For instance, early detection and treatment is vital in cases of pregnancy gingivitis, which affects many women and is caused by hormonal changes that alter the body’s response to bacteria. Without X-rays, this condition is not always apparent during its early stages and can lead to full-blown periodontitis (gum disease), which has been linked to premature birth. Cavities or tooth decay may increase if pregnancy causes morning sickness, because, with vomiting, stomach acids can weaken the teeth enamel. X-ray images can show problems like cavities that cannot be seen during a visual examination.

The level of radiation that gets to your baby from a dental X-ray while you’re pregnant is extremely low. X-rays are necessary to prepare for many dental treatments, and the American College of Radiology says no single diagnostic X-ray has a level of radiation high enough to harm an embryo or fetus. In fact, even a diagnostic X-ray of your belly during pregnancy is unlikely to hurt the baby, according to Anthony Scialli, clinical professor of obstetrics and gynecology, writing for the U.S.-based pregnancy and parenting advice resource BabyCenter.

The American Pregnancy Organization, which promotes pregnancy wellness, stresses that a healthy mom equals a healthy baby, and says dental X-rays produce hardly any radiation to any part of the body except the teeth. The American Academy of Family Physicians also says X-rays are generally safe during pregnancy.

The American Dental Association (ADA) confirms that dental X-rays produce little radiation and adds that dentists and hygienists taking X-rays of pregnant women will protect the abdomen, and also the thyroid in the throat, with leaded shields. As a further precaution, X-ray equipment is regulated by the U.S. Food and Drug Administration (FDA).

Experienced dentists will never use X-rays indiscriminately. They adhere to guidelines laid down by the American Dental Association, which recommends that X-rays should only be taken after a clinical assessment of the patient and an appraisal of their medical history, including previous use and frequency of X-rays. Dentists are also advised to follow the ARLA principal on radiation levels – “as low as reasonably achievable.”

Modern digital technology means that dental X-rays are now safer than ever for pregnant women, enabling the delivery of very low levels of radiation. Digital X-rays emit about 80 per cent less radiation than film X-rays – the equivalent of less than the level of radiation we’re exposed to naturally in the course of a day. Radiation is all around us in the form of natural background ionizing radiation from the Earth (chiefly radon gas) and the sun (cosmic radiation), and from naturally radioactive substances in our bodies.

A different perspective on whether dental X-rays are safe during pregnancy is provided by the U.K., where the National Health Service (NHS) advises mothers-to-be not to have an X-ray if possible. The NHS says British dentists usually wait until the baby has been born before taking an X-ray of the mother, and it raises the possibility of ultrasound scanning as an alternative.

The NHS adds, though, that dental X-rays don’t generally affect the pelvic or abdominal area, and that healthcare professionals use the lowest possible dose of radiation. It also agrees with medical and dental organizations in the U.S. that dental X-rays during pregnancy will not increase the danger of miscarriage or harm the unborn baby, by causing birth defects or physical or mental development problems.

If you’re still concerned about the safety of dental X-rays during pregnancy, ask your dentist about ultrasound imaging, which U.S. government health officials describe as a non-invasive procedure that, unlike X-rays, produces no potentially harmful ionizing radiation. The National Center for Biotechnology Information (NCBI) says: “Ultrasound has a promising future as a diagnostic imaging tool in all specialties in dentistry, for both hard and soft tissue detection.” Another alternative to conventional X-rays is 3D digital imaging, which many dental professionals consider as the ideal and safest diagnostic procedure for pregnant patients.

The Crucial Role of Dental X-Rays When You’re Pregnant

Health experts in the U.S. stress that oral health during pregnancy is crucial for both mom and baby, and X-rays can play a vital role in diagnosing dental problems to enable early intervention, while delaying dental procedures, including X-rays, could result in medical complications. If a dental issue arises during pregnancy, a diagnostic X-ray can be essential to determine the right treatment. Dental radiography can reveal an accumulation of plaque beneath the gums, cavities and bone loss.

There was a time when women in the U.S. were advised to avoid X-rays during pregnancy unless absolutely necessary, but that’s all changed, thanks in part to advances in X-ray technology and techniques. X-rays while you’re pregnant are generally regarded by medical professionals and scientists in the U.S. as safe, and they help to detect oral health problems before they become a more serious problem. They can help you to achieve a healthy mouth, body – and baby!

DentalROI provides relevant dental content to help providers educate patients. The statements, services, and products referenced in this article have not been evaluated by the Food and Drug Administration, and they are not intended as a substitute for professional medical advice, diagnosis, or treatment. Always seek the advice of your dental provider with any questions or issues you may have. Specific recommendations may vary in different circumstances, so individual consultation is important.